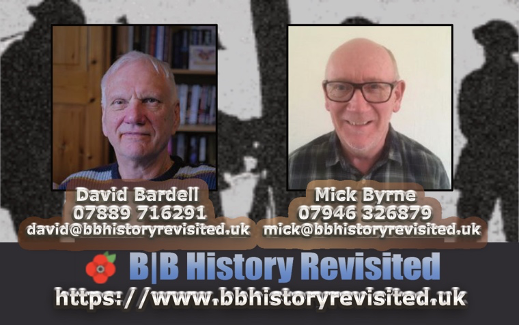 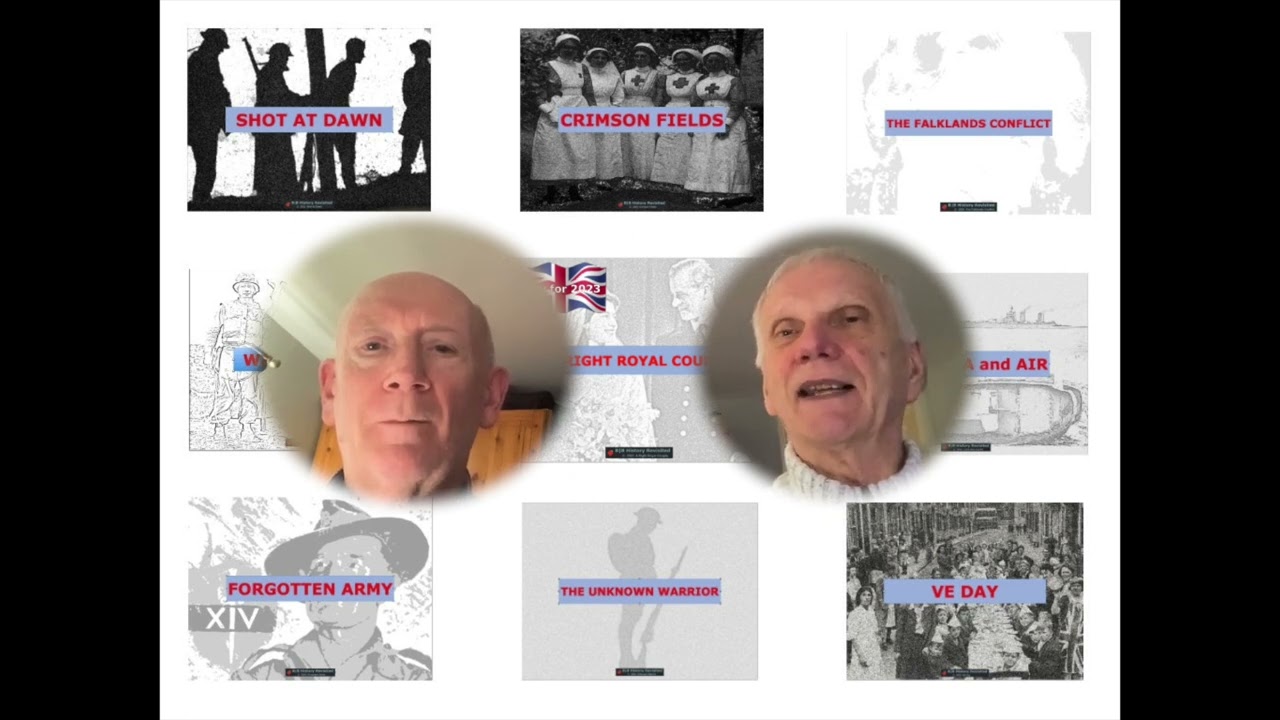 David Bardell and Mick Byrne became friends in 2015. Having discovered we shared a passion for military history, particularly WW1, we have enthusiastically pursued our common interest.

We have visited the Battlefields around Ypres and The Somme each year and broadened our knowledge of the subject.

We launched our first Talk, Shot at Dawn, which we have delivered to a number of Groups and received complimentary feedback.

Crimson Fields was our second Talk and we have continued to develop a portfolio of Talks that we hope will be of interest to you.

We’d like to share our stories with Groups. We explore the background to, and the stories behind, the events bringing  them to life.

B/B History Revisited returned to Lichfield 41 Club in November to present "Shot at Dawn", following their well-received Falklands War presentation in April. Both events were well presented, illustrated and audible, thanks to the use of their own dedicated equipment. Our members were very pleased to be both educated and entertained by David and Mick and wish me to pass on our sincere thanks.

Just to say a big thank you for the very moving talk Crimson Fields, it was very informative and really well presented. I think it should be given to schools so our young people can learn what sacrifices were made for us all.
We will be booking another talk in the future

David and Mick came to Banners Gate T.G. to present a talk named “Crimson Fields”. They were very well prepared with up to date use of technology. Members were able to see and hear everything clearly.

You think you know a lot about the first world war.  Think again!!! Book this talk for your members and you will not be disappointed.

Today’s talk was a double act with a difference.  In a week which saw the 40th Anniversary of the conflict in the South Atlantic, our two speakers displayed their extensive research in a presentation which intertwined the facts regarding the logistics of the campaign and personal  stories of individuals who had significant roles in the events and their aftermath. Although many of the audience will have known some of the facts, names and events of 1982 the extra background details and particularly the personal stories in key individuals such as Simon Weston – individuals whom they have met – brought a personal insight into the suffering of those involved on both sides of the conflict.

This was one of those talks which at seventy five minutes did not have the audience fidgeting in their chairs wanting to get off for refreshments.  We were enthralled by the content.

Your talk was really interesting and informative with humour to offset the more sombre aspects. You were both very professional, punctual and your love of the subject was clearly demonstrated. You had an audience of over 70 people and kept their attention throughout the hour long talk which was supplemented with a slideshow and audio including music and poetry.

David and Mick came to give their talk ‘Shot at Dawn’ for Tamworth u3a yesterday at the Assembly Rooms.  Although the topic is very moving there was appropriate humour in the way they delivered it.  The talk is well illustrated with a power point presentation and the information is shared between them.  Everyone thoroughly enjoyed this talk, and found it very thought provoking because it raised questions that will probably never be answered after all these years.

We will certainly consider asking David and Mick back at some time in the future to present one of the other topics they specialise in.

After many cancellations due to Covid we finally had the privilege of meeting David and Mick and hear their presentation, 'Shot at Dawn’. Everyone was fully captivated hearing all the facts and details shared and the obvious extensive research that had taken place. Thank you for starting the session with the Act of Remembrance which was thoroughly appreciated by all those present as it was the 11th November and led us beautifully into a very thought provoking session. We look forward to welcoming you back again next year to hear more of your talks.

Mick Byrne and David Bardell paid a second visit to Burntwood Family History Group when they presented their talk “The Crimson Fields” to our November meeting. As with their previous talk “Shot at Dawn”, Mick and David showed how thoroughly they had researched the stories and the, often unsung, heroes they wove together in their excellent presentation. Their use of a wide range of media really added to the poignancy of the evening, especially so given the harrowing nature of the content. It was a very special evening and our members were universal in their praise for the talk. Little wonder that we have already booked them for a return in 2022.

‘Mick and David were very professional from the booking stage and  throughout the presentation.  They arrived with all the equipment needed and with plenty of time to set up .  The presentation they delivered was `Warriors All`  It  had been well researched and was very informative with some nice personal touches.  It kept the members attention and nobody got their knitting out. Always a good sign at our club that they were enjoying the morning.

I think you could tell that we all enjoyed your presentation on 10th October. It was clear that both you and Mick have done some extensive research and it’s so good to share that knowledge. I will certainly contact you for next year so that we can hear the next chapter. 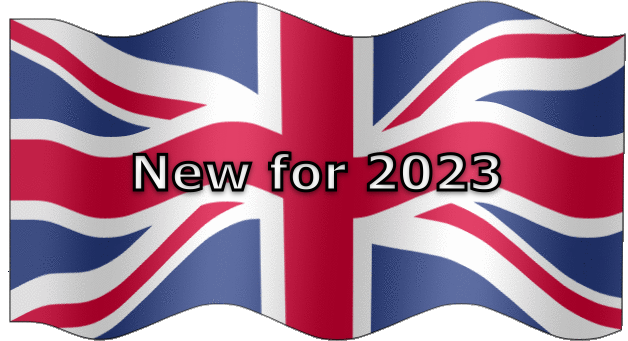 2022 saw our late Queen’s Platinum Jubilee; 70 years on the throne before her death on 8 September 2022 following her husband, the Duke of Edinburgh, having died 2 years earlier on 9 April 2021.

We have seen lots of footage of them both over the last 2 years in the media, but our talk looks at lesser known facts about them with humorous stories that we have witnessed at different events.

We are all aware of their unstinting devotion to duty and service but our talk will add a different dimension to what you already know about this amazing couple. 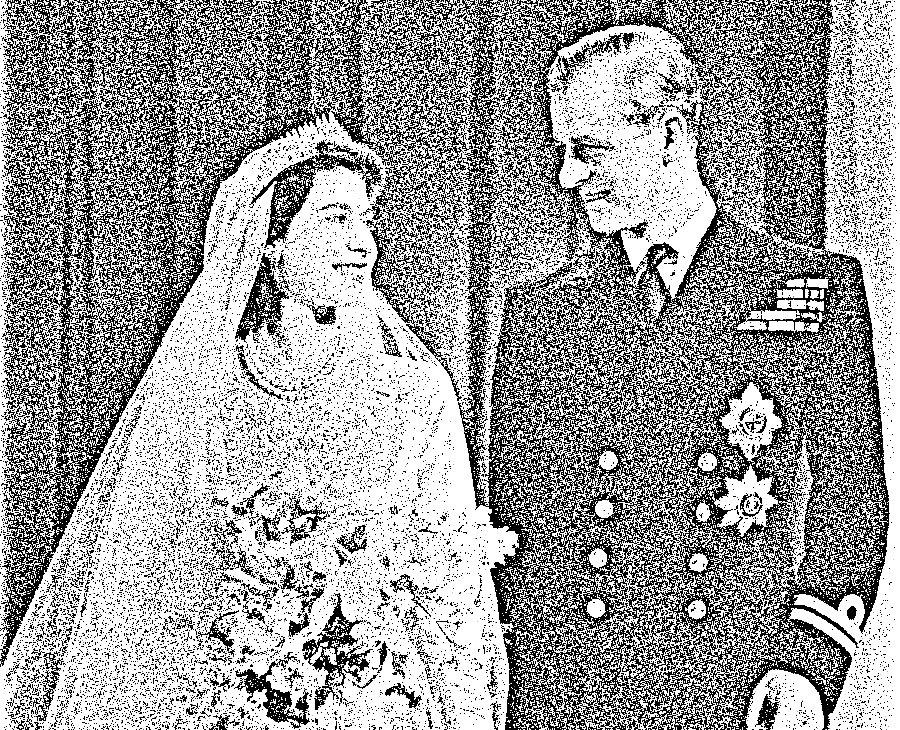 2022 sees the 40th anniversary of the Falklands Conflict. Our story looks at the reasons why Argentina chose to invade the Falklands in 1982 and all the political wrangling behind the scenes to avert the conflict.

The Falklands War is the last conflict since WW2 to see all the branches of our Armed Forces in action together.

We chart the British Task Force, their victories and losses, the incredible acts of valour by our service personnel including two Victoria Cross recipients.

Concluding with the eventual recovery of the Falklands Islands. 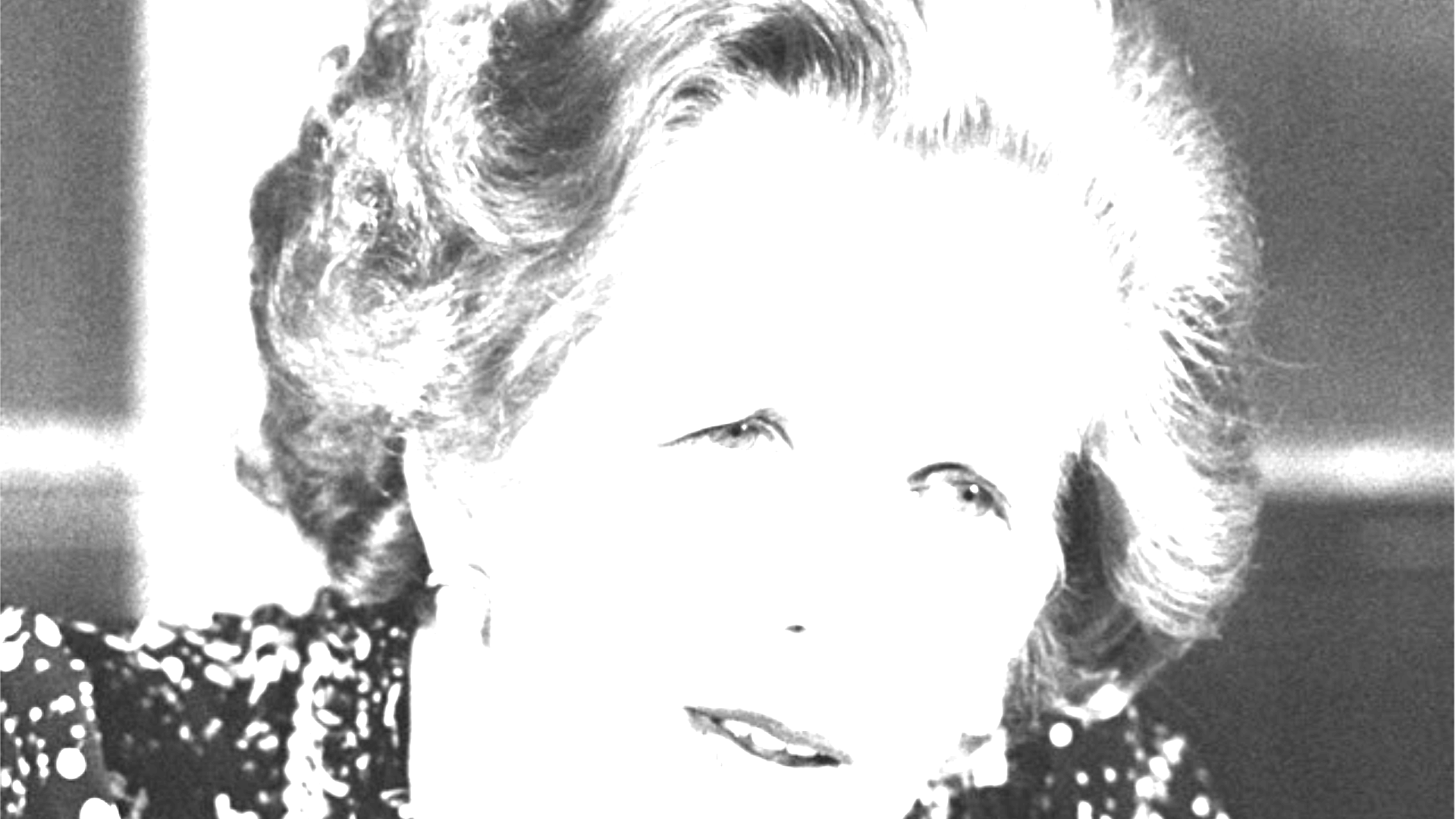 The Great War - Shot at Dawn

Between 1914 and 1920, more than 3,000 British soldiers were sentenced to death by courts martial for desertion, cowardice, striking an officer, disobedience, falling asleep on duty or casting away arms.

However, only 346 were actually executed with 37 of these having committed capital crimes such as murder. The remaining 309 become the centrepiece of our Talk.

We explain the Background to how these events unfolded; we pick out a handful of examples and tell their stories; we explain how they were finally pardoned after 90 years of disgrace to their families. 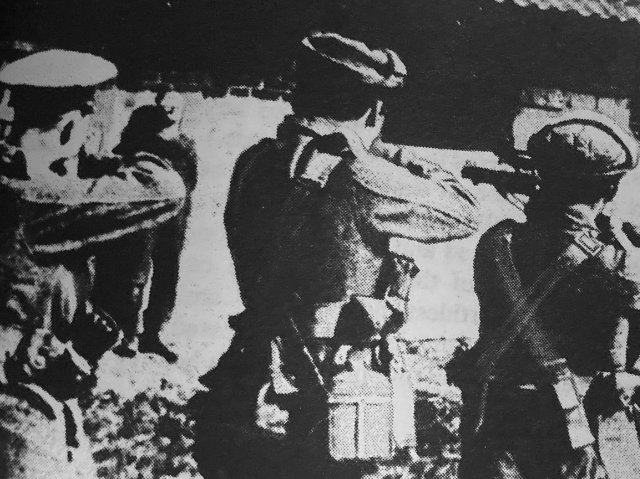 This is the story of Nurses and Surgeons who served on the front line in the Great War 1914-1918.

We tell the compelling stories of a number of these Heroines and Heroes, such as Edith Cavell, Nellie Spindler, Noel Chavasse and John McCrae.

We talk about QAIMNS, VAD and FANY nurses.

Also, the treatments and procedures developed by these extraordinary individuals, and their pioneering influence on today’s medical profession. 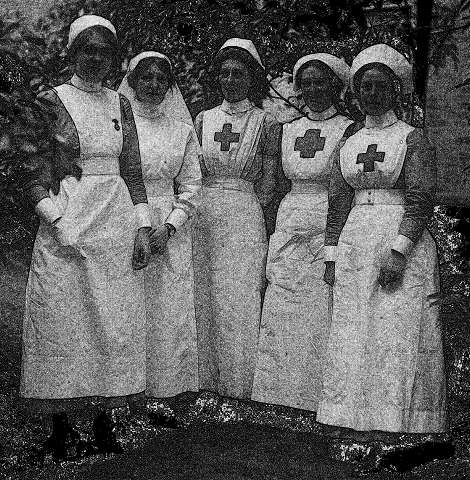 Land, Sea & Air tells the story of how our Army, Navy and Air Force eventually beat the Germans in WW1 after over four years of fighting.

We chart the highs and lows, victories and losses, acts of valour of these brave servicemen and women of WW1.

How the Royal Flying Corps played an important role in WW1 and the formation of the Royal Air Force in 1918. 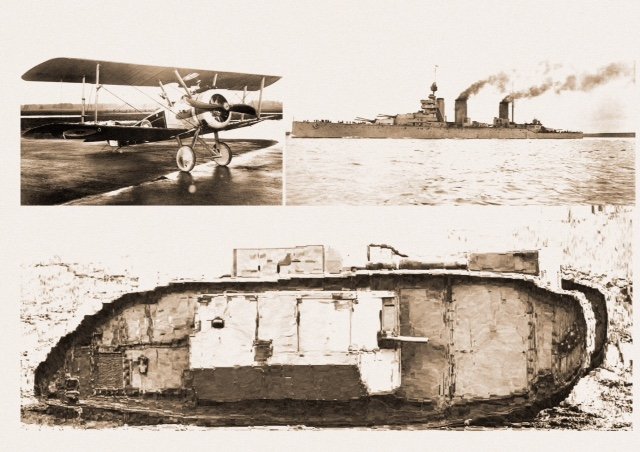 The Great War - The Unknown Warrior

This talk tells the story of Remembrance and Comradeship in the Great War.

We start with the Christmas Truce of 1914 through to friendships made at Toc H from 1915.

The amazing story of how the poppy became a symbol of Remembrance; the creation of the Commonwealth War Graves Commission (CWGC); and we recount the true story of the only woman buried at Lijssenthoek Cemetery along with 10,000 men.

We look at The Menin Gate, Tyne Cot and Thiepval for those with no known grave.

And finish with the moving story of The Unknown Warrior. 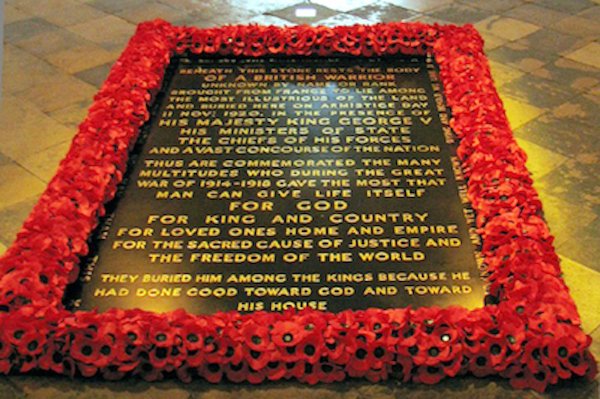 Acts of valour by men and animals since The Great War.

This talk tells the stories of both Men and Animals, their devotion to duty, amazing stories of bravery and selflessness.

Both Men and Animals showed they were fearless, relentless, diligent and resolute.

We will tell stories of VC recipients spanning from WW1 to the present day and about Animals awarded the Dickin Medal over the same time period.

The Victoria Cross has only been awarded 1,358 times since its inception in 1856.

The Dickin Medal, regarded as the VC for Animals, has been awarded 72 times since its creation in 1943. 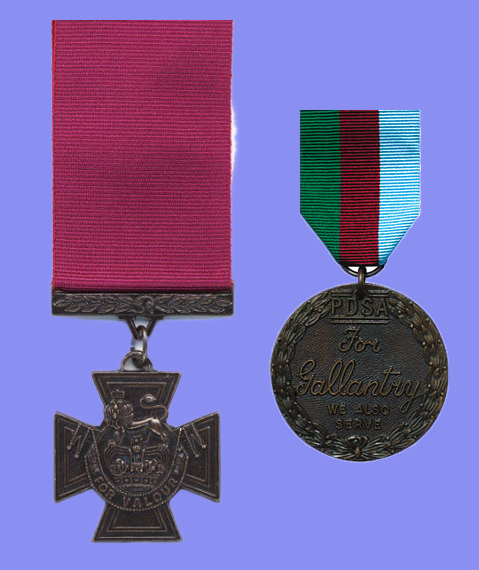 Although VE Day was the 8 May 1945, the road to VE Day started on 1st September 1939 when Germany invaded Poland.

Our talk will remember some of the key events during WW2, through some of the highs and lows, victories and losses.

We will be remembering all the celebrations held up and down the country in the form of street parties which would always inevitably include that great British tradition of tea drinking. We have been a nation of tea drinkers since the reign of Queen Victoria in the 19th century - a good cuppa will always give you a lift.

So, as part of the Talk we will add some interesting tea facts. 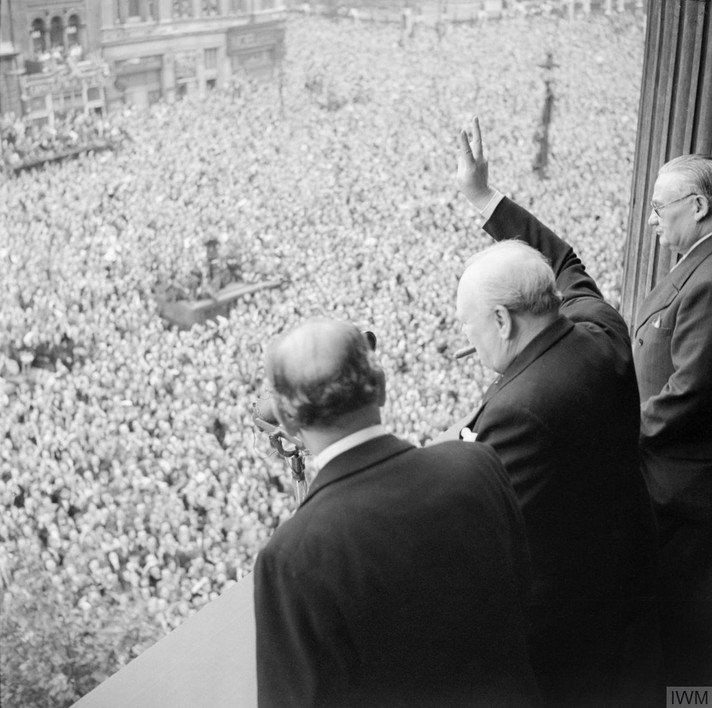 This is the story of the 14th Army commanded by General Bill Slim in World War 2 in Burma, who eventually defeated the Japanese Imperial Army on the 15 August 1945; now referred to as VJ Day.

We tell stories of the journey to VJ Day, from the fall of Singapore in February 1942 and the construction of the Burma and Sumatra railways, to the creation of the Chindits, and the dropping of the Atomic Bombs leading to the surrender of the Japanese Imperial Army. 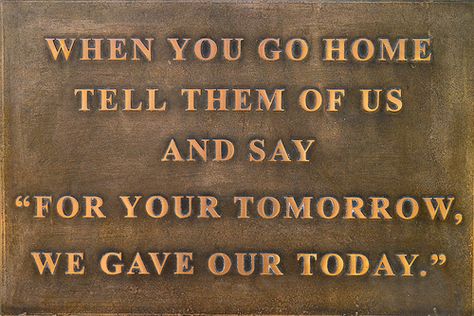 We would love to hear from you.

Our talks last between 45 minutes and one hour. We bring our own equipment – laptop, projector, screen, speaker, voice amplifier.

We charge £70 plus travel expenses at 45p per mile.  We operate in and around the areas of West Midlands, Staffordshire, Derbyshire, Shropshire, East Midlands, Leicestershire, Warwickshire, Worcestershire and anywhere else within 100 miles of home.

Thanks for your message! We’ll be in touch soon.